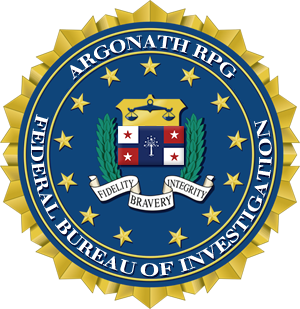 Seal of the Argonath FBI

The Argonath Federal Bureau of Investigation (FBI) is a collective of the various FBI Divisions within the ARPD, divided into five FBI Divisions, each headed by a regional FBI Director who only answers to the Heads of State and the ARPD Commissioner. The Argonath FBI in itself is an elite division of law enforcers, differing from their Police Department counterparts, not only in their assignments but also in their structures and methods. Regardless of the minor differences between the various divisions of the FBI, the most important mission and objective of the Argonath FBI is to safeguard the security of the United States of Argonath from criminal elements.