The eastern island of Vice City, also referred to as "Vice City Beach" on the game's roadsigns, is depicted as the more affluent and tourist-oriented side of the city, which is mostly dominated by upper and middle-wealth businesses, as well as residential condominiums, apartments and construction sites. The eastern island is also known for a wide beach, dubbed "Washington Beach", on its east side, which makes almost half of the island's landmass. The island also has a waterway on its west side, including neighboring Leaf Links. 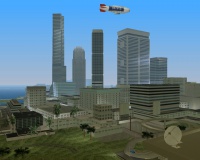 Vice City's western island, also referred to as the "Vice City Mainland" on roadsigns, is depicted as a less glamorous area of the city, although the business district of Downtown is in fact located on the north end of the island. The western island houses much of the city's industrial population, as well as seaport and airport facilities at the south. Two sizable districts housing immigrant populations are located in the middle, with one of these districts depicted in a dilapidated state. The western island contains the wide four-lane Bayshore Avenue at its east side that stretches from the south end, at the seaports, to the north end, at the southern tip of Downtown. 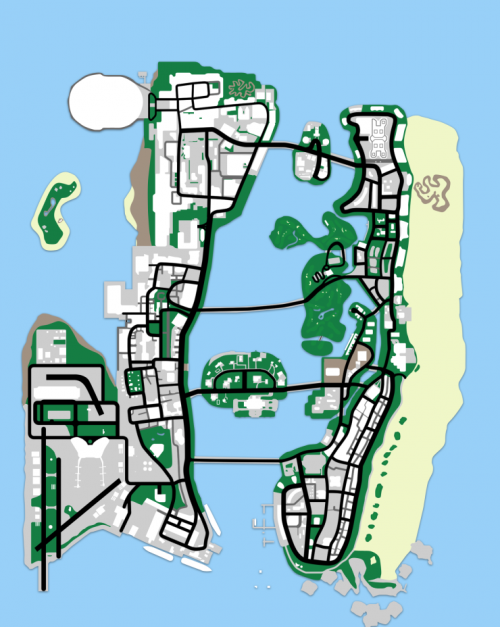