Liberty City is a location in the United States of Argonath. It is divided into 65 individual and unique neighborhoods which are spread across four boroughs within Liberty City, and also part of the state of Alderney, including Alderney City. 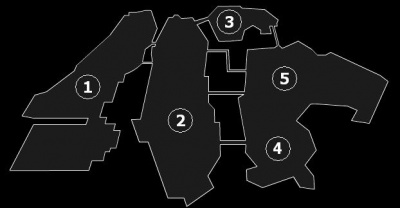 Landmarks such as the Statue of Happiness, Zirconium Building, Rotterdam Tower, Grand Easton Station, Civilization Committee, Triangle Building, Liberty Ferry, LC24 Tower and the GetaLife Building are present in the city, as well as Star Junction, which features advertisements for familiar brands and companies such as the Liberty Tree newspaper, Bank of Liberty, Sprunk, Cluckin' Bell, and Burger Shot fast food restaurants, and Middle Park. One can also find Weazel News there as well as the Burlesque theatre district. Firefly Island has a roller coaster called the "Screamer", the Liberty Eye ferris wheel, and a ride called "The Corpse Ride". The elevated trains resemble the Culver Line in Brooklyn. The city's transportation includes the Broker and Algonquin Bridges and BOABO (Beneath the Offramp of the Algonquin Bridge Overpass). Each street in the city is individually named.