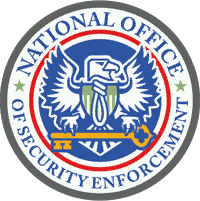 About The National Office of Security Enforcement

National Office of Security Enforcement or N.O.O.S.E. is a special forces group which specializes in counter terrorism and special military tasks. Its main target is to deal with dangerous terrorists and handle special operations which are deadly for LCPD police officers. As part of its job is to assist and help FBI and the LCPD to catch / arrest high-priority criminals. Their members are perfectly trained. They expend thousands of rounds, pass through extensive endurance tests, specialize in traveling on land, air, water, using of special weapons and devices. They also do undercover operations and infiltrate in different groups to get the most information about them.

Typical for them is to keep everything related to N.O.O.S.E. in secret and they are mostly aside of the public or media, except something big is going to happen and they need to warn their citizens or in a court case.

N.O.O.S.E. responds to the following situations;

Currently the National Office of Security Enforcement has two divisions. These are the following:

The National Office of Security Enforcement may invite LCPD officers when they are suited enough to work in N.O.OS.E. They also open applications as soon as they feel they need new members in their boards on the main ARPD forum.

Make sure to check this topic to see if the applications are opened.