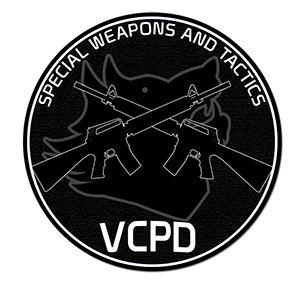 The Special Weapons and Tactics, or the VC:MP SWAT, is a subdivision of the VC:MP VCPD within the ARPD, that operates within the boundaries of Vice City.

SWAT incorporates the combat elite of the VCPD and is tasked with tackling the most dangerous of situations, including, but not limited to: full-scale robberies, smuggling operations, hostage situations, crowd control and search warrants. Field operatives are handpicked by the SWAT Commander, who is also part of the VCPD High Command. Members of SWAT work together with other VCPD Officers or with members of the VC:MP FBI in order to uphold the law within the city.

SWAT Operatives gain access to a larger array of weaponry to use in situations where lethal force or intimidation is required, as they are considered the elite combat component of the VCPD. They may also participate in search warrants when issued by the FBI.

Members of the VCPD that show interest in joining SWAT or Officers that display outstanding field combat skill may be handpicked by the SWAT Commander. They will then receive the rank of SWAT Trainee and go through in-depth combat training in order to learn how to use their new equipment. Trainees will then be promoted to Operatives depending on their field efficiency.