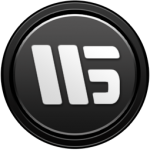 About the White Shadows

The White Shadows Clan also known as [WS], was founded on August 10, 2007 by Hypercube, also known as [WS]Hyper. The clan members finally agreed on a proper name four days later, on August 14. He was succeeded as Clan Leader by [WS]Brokman, the first member after Hyper to fill a position which exercised complete control over the clan.

In 2012 the White Shadows announced that they are to make their own game project which they have entitled "Streets of Springs". It will involve the player taking on the role of either a criminal or police officer in the fictional city which will be made from scratch. An estimated time of release is unknown.